I think this does a disservice to the world evil and trivialises it: Hitler is evil. War is evil. Ad tech.. Inconvenient? Frustrating? Possibly infringing on your civil liberties? All possible, likely depending on which ad company it is, but evil?

Ad Industry Member tells me what’s what in response to my last post, 2019 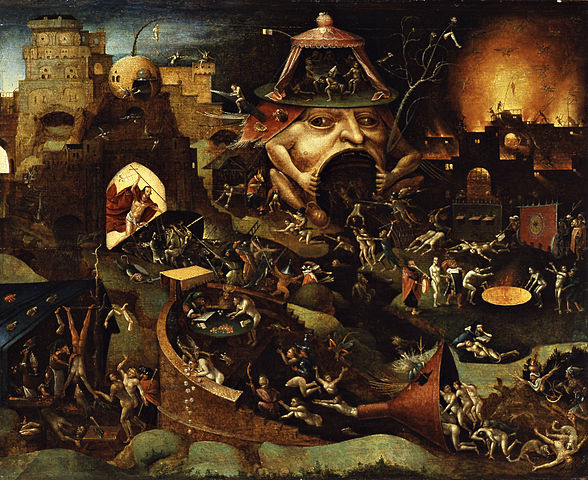 I don’t think advertising is inherently evil. There are some very ethical ways to do ads. Advertising works and to deny the science on that would be tantamount to the denial of climate change or the efficacy of vaccines.

However, when we start talking about “possibly infringing on civil liberties”, maybe, possibly, we’re starting to talk about evil. If you’re in the ad industry, and you start thinking infringing civil liberties in service of advertising isn’t a big deal, you need to take some time to experience deep introspection. Go for a long walk, spend some time patting a dog, do a lightweight hike of the Appalachian Trail, or go to South America and take some Ayahuasca.

Hopefully, if you’ve read my first AdTech Sucks post you’ll already know that perverse incentives are at play in AdTech, and if you’ve read my second post you’ll know how these incentives lead to a technical surveillance hellscape. In this post, we’ll explore the idea that “AdTech is Good, Actually” via the most common justification for its existence, what the actual effect of AdTech (specifically attribution) is and how this dovetails into authentication and explains some famously bad tech projects.

AdTech is Good for the Internet: Borat Voice, Not

How could we cover the justification of advertising on the internet if we didn’t tackle the most common argument for it - that it pays for everything.

I think there’s a couple questions to immediately rhetorically ask in response to this:

This connects back to the perverse incentives discussed in the last two articles. We discussed the idea that in order to attribute a sale of a person to our campaign, we would first need to show them an ad and track their ad impression. Even if this ad had a negative impact on the people that saw it - if the net effect was to allow an advertiser to take credit for any coincidental conversions in that group, it has achieved its purpose.

How does this relate to internet content? Well, humans only have a limited amount of attention to pay to content/ads per day. This relates to a broader theory, of the existence of an “attention economy”. The core idea is that attention is a limited resource, and economic optimisation should focus on capturing scarce attention rather than providing more information to a consumer. Nowhere does this have more of an impact than on the type of content presented to a consumer and, in the case of most content, the race for AdTech to capture that attention for the purposes of harvesting both impressions and data for media attribution.

Things like clickbait begin to make a lot of sense when all that’s desired for the success of attribution is a second of attention. Why a second? Because the self-regulators from the IAB define a successful ad view as when 50% of an ad is within view of a human for 1 second (2 for video)1. Content providers get paid off the back of these figures, and this drives them towards optimising for a really low bar: Showing their ads at the top of their content, and making sure someone looks at it for more than a second. The scarcity of attention is an easier problem for advertisers, when their self-regulator incentivizes chopping up human attention into as many one-second chunks as possible. So, when someone says advertising pays for the internet, as a defence for AdTech, call them out. What AdTech is paying for is chopping up that attention, to create as many impressions as possible, to attribute as many conversions to ads as possible.

According to the IAB, by watching this GIF, you have viewed this ad. Mission Accomplished.

The net effect of this is the drive across the internet that many of you may be feeling: Towards the construction of content that’s shallow, that provokes an immediate response and which then allows the consumer to move on. Even better is content that provokes a quick share or comment on social media, often authenticated, pulling more users into the cross-device graph mentioned in my last post. An impression is good, an impression followed by a quick, sneering dismissal, and share with a snarky comment is even better. This leads to an environment where opinion columns and articles that are designed to provoke are Good™️ content.

I personally think this begins to dip into conspiracy theory, again, but I feel like a lot of problems in public discourse are linked to this optimisation of the internet towards shallow engagement. What’s more quickly engaging or enraging than a soundbite or a slogan? As AdTech incentivizes chopping up human attention into these tiny, shallow chunks, it is almost certainly not good.

Authentication: This One Weird Trick - Privacy Advocates Hate Him!

To explore if AdTech is any good, we need to explore one of its key desires, authentication. We’ve previously explored how attribution is antithetical to anonymization. To extend upon this, the inversion of anonymity is to be authenticated. Authentication at some level confirms your identity, not necessarily in a bad way. However, for the denizens of AdTech, authentication is a way to bring you into the cross-device graph. If you authenticate on mobile, they’ll probably get your advertising ID, and if you authenticate on the web, they’ll likely store a whole tonne of information about your connection and computer, aside from any personal data you willingly submit - like your e-mail or mobile number. Authentication is the best way to deterministically ensure that a particular consumer saw a particular ad, which is a goldmine for attribution.

But what does this mean for Good™️ content on the web? The answer is that Good™️ content is largely aggregated onto platforms users need to authenticate for, and that this drive to authenticate and link users to their personal details is a core drive behind many awful projects undertaken by the usual subjects in recent years. Lets examine some of those projects.

Hopefully I’ve instilled enough cynicism in you that you’ll know exactly where I’m going with this. 2fa (Two-factor authentication) is a DREAM for companies trying to build a cross-device graph. It’s the perfect crime. Not only do companies get a mobile for sending authentication codes to, but they get a backup e-mail, and their users think they actually care about user data remaining secure within their system! Wow! 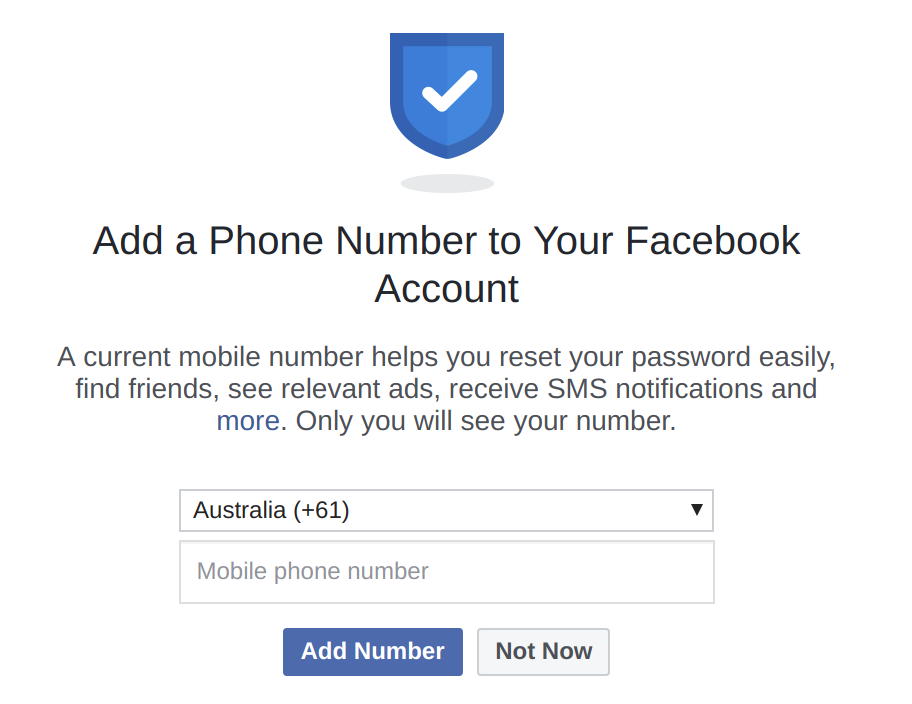 Facebook bugs me about this constantly, because they care!

Remember the halcyon days of Google Image Search, when you could search with wild abandon, and find high-res images on the first page? Well, maybe you haven’t looked for a while, but now it is mostly tiny images that lead to a Pinterest login page, promising that high-res goodness within. Its like something out of the era when SEO meant there were thousands of blogs out there with random words on them containing links to online slots sites.

I’m pretty sure Google could fix that issue, but, then again, they have their own issues.

Google is notorious for capriciously killing off its side projects if they aren’t popular. Take for example, Google Wave. In May of 2010 it was released. In August of that year, development was ceased. In April of 2012, all content was deleted. Given this fast turn-around on shutting shit down, its somewhat surprising how the widely loathed social network attempt, Google+, stuck around.

To say that Google moved to force the adoption of Google+ on users is a radical understatement. One particularly unpopular integration, which required the creation of an account in order to to comment on YouTube, lead to a flood of user anger. 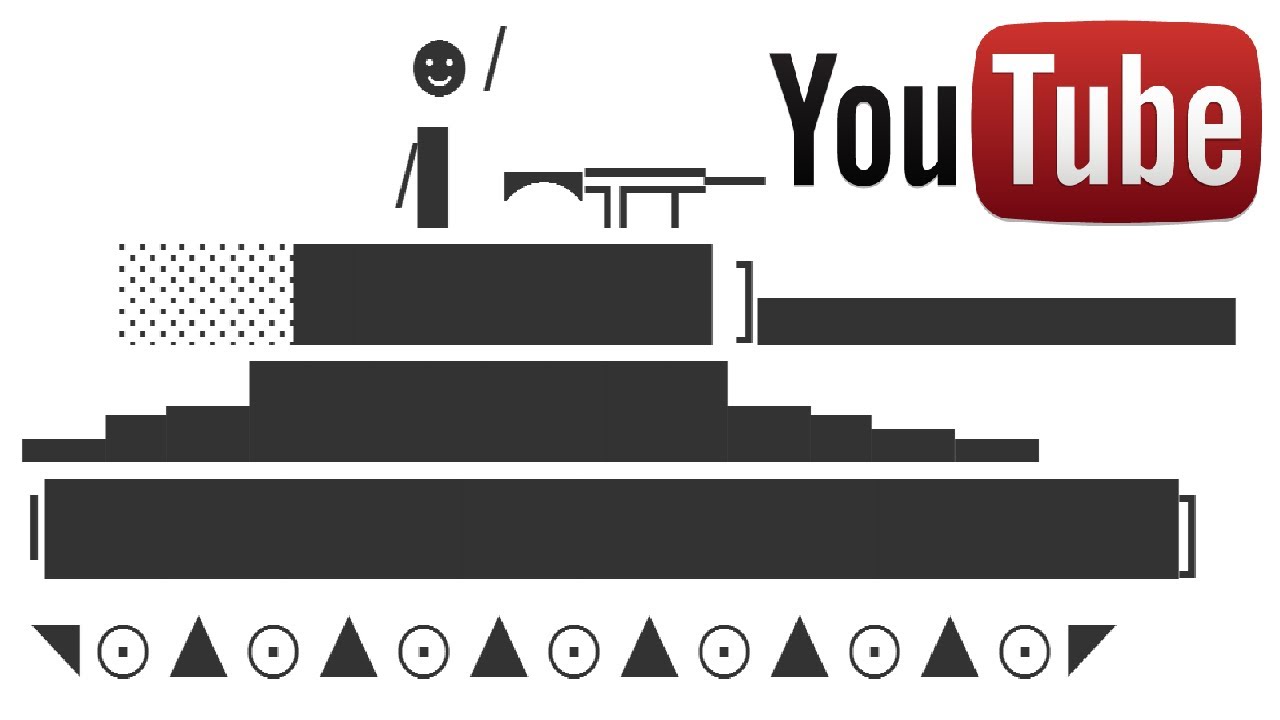 This ASCII art was posted on YouTube as a sign of resistance. Not a sentence I thought I’d ever be writing.

While this was arguably the most unpopular element of the Google+ integrations, it was one of many. Hangouts, Photos, Gmail, Maps, Music, Play, Search, were all integrated. The service itself was launched in 2011. In 2015 it was redesigned. The consumer version of the service was shut down in April of 2019.

Again, you probably know where I’m going with this.

“Google Plus gives you the opportunity to be yourself, and gives Google that common understanding of who you are,”

“Google+ built a seamless identity and a social graph that rolled out to all Google products so they could log on using the same identity,” says Punit Soni, a former Google product manager who worked on Plus … Finally, Soni says, “Google knew who you were.”3

Google designed Google+ to unify their cross-device graph. They wanted to ensure all activity was captured in their network, something that Facebook still provides a significant barrier to.

Facebook recently launched its own Bitcoin-alike cryptocurrency, Libra. In my last post I talked about how Google made a deal with MasterCard to purchase information on 70% of American transactions. Facebook has also made some attempts to enter this world, like its Shopify integration with Messenger. While Google feels keenly the supremacy of Facebook in the realm of identity, Facebook keenly feels its lack of information about the purchases of consumers. Google scans your Gmail for purchases and reservations.

What better way of finding out what people are buying than integrating closely with the currency they use? The launch of Libra was, naturally, accompanied by a performance about how Facebook couldn’t possibly control all the data, but I’ll bet you a million bucks right now that there are some integrations between that currency and Facebook that make advertisers very happy.

All These Awful Projects

I’m not trying to say that the only reason these projects exist is because of AdTech, but the creation of these projects makes a lot more sense if you view them as influenced by it. My hope is that in reflecting on these examples you’ll see how AdTech leads to attempts to lock Good™️ content behind gates and walls, and I hope that when examining future moves by these large companies you’ll be more critical and wary. If my hypothesis here is true, AdTech is definitely not good for the internet.

One key effect that we may not be perceiving here is that journalists are now often dependent on AdTech for their livelihoods. Are we seeing a low number of stories about AdTech and advertising in general because of this reliance? In the aftermath of my first article on AdTech, I was contacted by two journalists, both of which work for publications that are known for being not as supported by ads as others. The idea that journalists can be pressured by the threat to pull advertising dollars is not a new one. Anecdotally, I’ve heard journalists complain about the pressures in journalism to deliver more stories quicker, and to produce clicks. I wonder if perhaps this interplay with AdTech leads to an unspoken fear - that criticism of AdTech may be kiboshed within the organisations that today survive almost entirely because of it.

This is perhaps the greatest rebuttal to the idea that AdTech is Good Actually, that its eroding even capability of the fourth estate to do their jobs.